Turf Clubs and horse racing were an inherent part of the culture during colonial rule in India. Introduced into the Indian space, turf clubs dominated the interest of the Anglo-Indian residents and the Indian elite. Established in 1847, the Royal Calcutta Turf Club (which was given the royal status in 1912 after King George V’s visit) attracted the elite of Kolkata and many royal visitors from abroad; it also acted as a governing body of horse-racing rules for most clubs in South Asia. The RCTC maintains the Kolkata Race Course near Maidan.


The membership badges in this post are from the 1920s and the 1930s and belonged to my great-grandfather Pratap Chandra Chatterjee. The badges were meant to be used for a period of one year as proof of membership and differed from conventional print ephemera by being metallic collectibles. 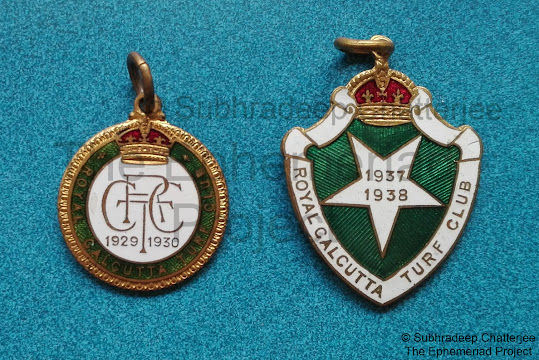 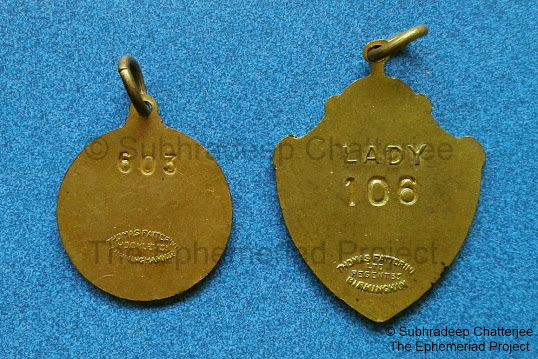 
The badges were manufactured by Thomas Fattorini Ltd. of Birmingham (a well-known jewellery and trophy designer) in England and feature filigree outlines and intricate designs. The badges are numbered ‘603’ and ‘106’ where the latter has the embossed tag “LADY”. The former badge was for the period 1929-1930 and the latter for 1937-1938.


[Image Description: The first badge is circular in shape and has a golden filigreed outline within which lies green ring border containing the text “Royal Calcutta Turf Club” in golden lettering; inside is a circular white area containing the acronym RCTC overlaid on each other to create an insignia in golden. Below the acronym, the period “1929-1930” is printed in golden embossing. At the centre-line top of the white zone is an embossed crown of golden and red colours. The badge contains a ring-like connector at the top. The backside of the badge is brass-enameled and contains the embossings of the number “603” and the manufacturer details (Thomas Fattorini, Birmingham). The embossing has worn away a little.


The second badge has a shield-like shape and has the same colour scheme as the first badge. The outline is in white with the golden text “Royal Calcutta Turf Club” along the bottom V-shaped edges. Aligned to the centre at the top contains a filigreed golden crown with a red interior. The shield-like shape is again present inside the white outline where green velvet-like woven cloth has been used. On it, a white star contains the years “1937” and “1938” in golden embossing, the latter placed below the former. The brass-enameled back of the badge contains the embossing of the number “106” and the text “LADY” along with the same manufacturer details.]


Note: The badges were first showcased in an article titled “Turf Clubs, and balloonists of the last century” by the contributor in March, 2021, and was published in The Ephemerist published by The Ephemera Society of England. 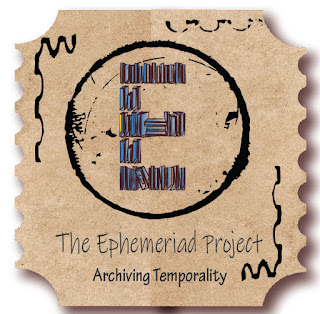 About author: The Ephemeriad Project